COMMONWEALTH BANK - Commissioned by LOUD to create a beautiful Mid-Autumn Moon Festival design, taking inspiration from the sentiment 'May we rise together under the light of the moon into happiness and prosperity'.

The Mid Autumn Festival illustration is inspired by Chinese, Japanese and Korean culture, who all celebrate the festival based upon slightly different legends and folklore.

In Chinese culture they believe that Chang'e (woman) drank too much of the immortality potion and floated to the moon with the rabbit.

In Japanese and Korean culture Moon rabbit studied Buddhism with Fox and Monkey. The Emperor of Heavens wanted to test their faith by asking them to bring food. Fox brought fish, Monkey brought fruit and Rabbit only had grass so he jumped in the fire and sacrificed himself and thus was appointed Rabbit Guardian of the Moon.
Traditionally in Chinese culture Moon Cakes are eaten to celebrate the Mid Autumn Festival and lanterns decorate the night sky as people admire the bright Moon. 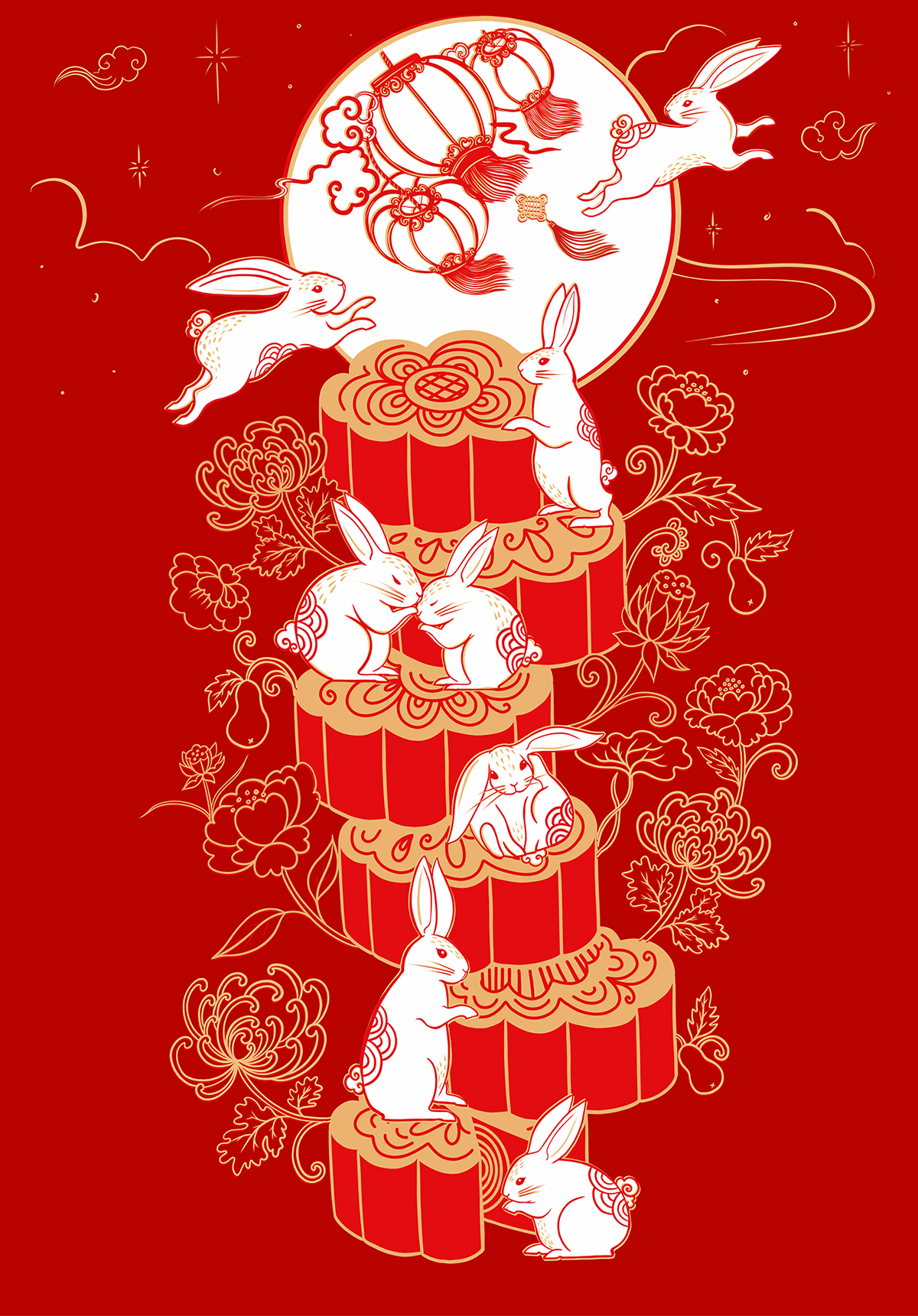